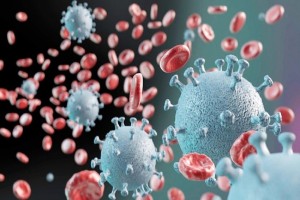 Kathmandu. While new variants of covid are spreading like an epidemic, European experts have announced good news. He said that even if Omicron spreads like an epidemic, there is no need to be afraid of it. But he says the booster dose against covid should not be repeated. Infection with the Omicron variant is pushing the epidemic of pandemic (pandemic) towards an endemic (end of epidemic) that could lead to human survival, according to Europe's top drug regulator.
He said that the current epidemic should not be forgotten. The European Medicines Agency (EMA) has stated that the strategy of giving fourth booster vaccine to the general public is not correct. The agency says repeated booster vaccines are not a "sustainable" strategy. Experts say that booster boosts a person's immune system.
"We don't know when we will get to the end of this tunnel, but we will get there," Marco Cavalleri, head of vaccination strategy at the regulatory body in Amsterdam, told a news conference. Along with the increase in immunity in humans, Omicron is also increasing the natural immunity due to vaccination. That way, we're getting closer to the endemic. '
But he emphasized that we should not forget that we are still in the midst of an epidemic. He also warned that Omicron would increase the pressure on healthcare. The World Health Organization (WHO) on Tuesday projected that more than half of Europe's population had been infected with omega-3s in just two months. The organization also said that giving bovid dose of covid repeatedly is not the right strategy, which has been repeated by the European regulatory body.