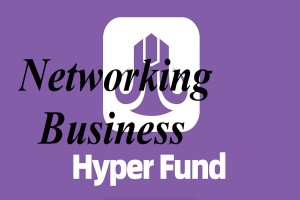 Kathmandu: Many people in Nepal have been deceived by networking businesses including Harbo and Unity. Some of them even got home. The government took action against the operator only after millions of people were cheated. However, public investment has not yet risen. Now a 'hyper fund' of similar nature has appeared. It has been transformed into 'Hyper Verse' since December. Without realizing it, the general public is investing in 'Hyper Verses'. Experts fear that the indiscriminate investment in this fund has also caused economic crisis in the country.

What is a hyper fund?

Hyper Versus is an online networking business. It does not sell goods or services. They are forced to put money from the public by showing assurance of earning a lot. Hyperfund is an online business like cryptocurrency. Anyone can be made a member by selling convertible bonds. You have to download the app and create an account. After creating an account, you have to invest 300 HJU (39 thousand Nepali rupees equal to 300 US dollars)

Hyperfund is an illegal business. No country including Nepal has allowed it. However, from Kunakpcha in Nepal, there is talk of hyper-fund in most of the trusting countries. Yogendra Kumar Chhantyal, a team leader of Hyper Verses living in Portugal, says that unlimited money can be earned by creating a community.

Anyone who buys that bond is committed to return it with a 180 percent return. Even if the initial investor seems to have tasted some return, there is a strong possibility of being deceived by Hyper Verse. It is unknown at this time what he will do after leaving the post. By appointing a new person as a member, the intention seems to be to reward the old one and to deceive the general public by having too many participants. The more involved they are, the greater the risk of falling, investment sinking.

Hyperfund (Versus) is a cryptocurrency developed by an investment company. But it is not registered anywhere. It is not even within the scope of anyone's regulation. It is suspected that there may be a company in name only. But HyperFund (Versus) claims to have developed a decentralized financial environment. Hyperfunds appear to be active in zoom meetings to expand the network. Prospective people are found cheating by expanding their membership even if they are having a party at a hotel.

This company is guaranteed daily rewards for a period of 20 months (600) days. Buying Dollar 300 package earns dollar for 20 months. Income is based on dollars. Investing डलर 300 earns 1.5 percent daily and investing डलर 500 earns 2.25 percent daily. Investing a thousand dollars earns you 5 US dollars a day. It is assured that once the reward is Dollar  50, you can invest again and earn it. If the investing member can be added, commission is also received from the company. This is called a community reward.

Hyperteachers say that they can make extra money by making good use of their spare time. The company claims to be very strong and reliable. It is said that if the community is formed, the benefits that come in 20 months can be earned in 2-3 months. They claim that the company will provide 900 dollars for 300 dollars, 1,500 dollars for 500 dollars and 3,000 rupees for 1,000 dollars. A

The ID can be created free of cost from the referral of the member made at the beginning. No hassle of creating ID. After becoming a member by creating Gmail online, you can buy the scheme of your choice. The return on investment is 0.5 percent. Up to 180 percent return on investment is assured. Adding income to the capital at the rate of dollar 50 is 13 times the income in a year. For example, if you invest Dollar 300, the daily interest will reach Dollar  50, and when you add it to the capital, it will be 3,800. That's about Dollar  9 a day.