Fire In A New York Apartment Has Killed At Least 19 People, Including Nine Children 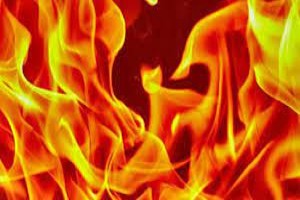 Kathmandu. A fire at a New York apartment has killed at least 19 people, including nine children. Another 32 injured have been admitted to the hospital for treatment. New York Mayor Eric Adams said most of the injured were in critical condition.
Daniel Negro of the fire department said the injured were found on each floor of the 19th floor of the building and that there was heavy smoke. A fire in an Philadelphia apartment has killed at least 12 people, including eight children, in New York.
The fire broke out on the second and third floors of the Bronx apartment at 11pm local time on Sunday. But its smoke has been found spreading all over the floor.

Authorities have speculated that the fire may have been caused by a power outage.