A Woman Should Never Do These Things In The Evening 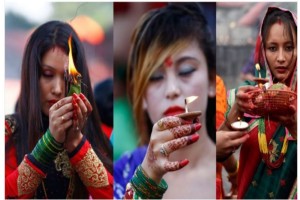 The woman is the laxmi of the house, her work is done by her pious conduct and ideals, the house becomes paradise, the woman has 80 percent role to make a house successful Worship is performed in different forms, so the fate and success of the house to which the woman goes after marriage is closely linked with her, so it is also mentioned in the scriptures that women should not do anything.

Women should not wash their hair before going to bed. Some women have a habit of sleeping with their hair uncovered at night but according to scripture it is considered wrong to do so but it is not necessary to tie it tightly. Don't go for yogurt, salt, oil and onions. Don't put false utensils in the kitchen at night.

No quarrels should be allowed in the house. Mutual agreement should not be made a big issue. Before going to bed at night, the kitchen should be filled with water in ankhara / karuwa.

Lighting a lamp or a bulb in the south and west corner of the house at night brings peace to the soul of the father and brings prosperity to the house. Wealth is believed to be profitable. According to Hinduism, Lakshmi also resides in the Kucho kept in the house.